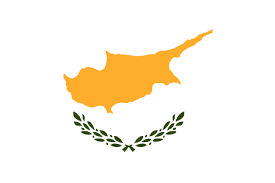 Cyprus might be just the perfect place for abroad studies. There are about 1.1 million people in Cyprus and a summer that spans from May to October. With the help of investments from large International Organizations Cyprus is becoming a well known educational hub in the Europe.

Cyprus is one of the most beautiful countries in the EU. Even though the country is a former British Colony the official languages are Turkish and Greek, but English is widely spoken all over the country and it is the language of Instruction in many Colleges and Universities.

Why Study in Cyprus?

Unlike other European Countries Studying in Cyprus comes at an affordable cost. Most importantly the country is a multi-cultural nation as it is located at the Crossroad of Asia, Europe, and Africa. Be prepared for an Explosion of Cultural Diversity as you enter this beautiful Mediterranean Island as it has experienced many different cultures through time.

Nobody really knows where or what it is.

You probably know a lot of people who have studied in New York,New Delhi, Beijing, Madrid, and London? Now ask yourself how many people you know who have Studied in Cyprus. Probably one or none, right? It’s truly a one-of-a-kind experience — uniquely for you, you’ll have stories to tell for life.

The Cost of Living in Cyprus is Incredibly Reasonable

Food is cheap in Cyprus, taxis charge fairly and you will barely pay a dime for nightlife or the beach once the locals get used to you. You will spend a lot less than you would have spent studying in a major European city in Cyprus unless You are heading for dinner in a five-star hotel and scuba diving lessons on the regular — which you totally can do in Cyprus.

You literally have the world at your fingertips

Africa’s to the South, Europe to the West, and Asia’s to the East, You can travel to all three continents during you holidays. If you are an adventurous person then don’t look elsewhere but Cyprus. The Beach Life is Cyprus can’t be overlooked, it is a mini Maimi on its own.

Cultural influences are an integral part of the Cyprus society, most coming from the neighbouring countries of Egypt, Greece, and Turkey. The folk music is similar to the one of the Greece, with beautiful Violins and Penny Whistles.
Italy, Turkey, France Cuisine has Vastly Influenced Cyprus Cuisine but one can also see Anglo-Saxon influences. One of The Internationally Known Delicacies Originating From Cyprus is Halloumi which is graded over Pasta Dishes. Many dishes smell of Cumin and Coriander. Cypriot wine is a significant contributor to the countries economy and its ranked 7th in the world. Bear in mind that Cyprus is a very popular tourist destination ant the third largest in the Mediterranean. It is the mythical birthplace of Aphrodite and holds a vast range of cultural heritage – what could be better?