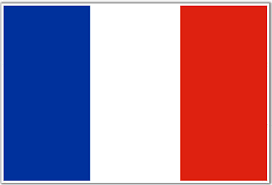 Popularly know as the “City of Light” Paris is a major study destination for International Students. From Cafe to Cinemas to Museums to Music the city has claimed the top spot of the best cities to Study in. France offers incomparable joie de vivre for those seeking a top-rate education while immersed in a vibrant and cultured setting,

Here are the Some top reasons why you should study Overseas in France as an International student.

You can get a scholarship to go study in France.

You will learn French easily.

Have you ever considered a fairly easy language to pick up because of its lexical similarity to English? That language is French – studying french is not such a bad thing. A Significant Portion of French Vocabulary can be Understood by the English speaker. Linguists believe that up to 1/3 of modern English has been influenced by French. While advanced students may occasionally struggle with trickier topics, students of conversational French are likely to experience success.

When it comes to Culture, there’s no place like France – particularly as it relates to Wine and Art. France Offers a Dynamic and Iconic Culture that Stands Alone.

France can boast of some of the best business and engineering schools in the world.

France is home to more than two hundred (200) engineering schools and two hundred and twenty (220) business schools, including the extremely prestigious grandes écoles, this makes the country one of the top destinations to study abroad for International Student.

France’s central location makes it easy to access other European destinations. This means you can satisfy your travel lust while you on holidays

Do you want to be a hot cake on the international Job market? Well, having a French degree gives you a leading edge on the job hunt. This translates to higher salaries and positions in your field of work as well.